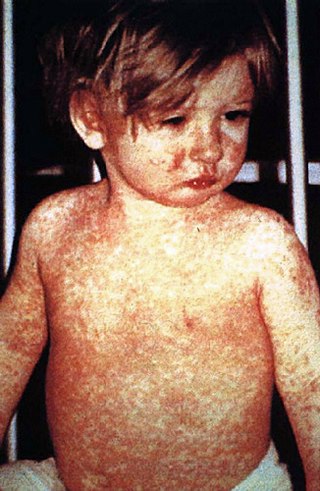 Measles is a highly contagious infection caused by the measles virus.Initial signs and symptoms typically include fever, often greater than 40 °C (104.0 °F), cough, runny nose, and inflamed eyes. Two or three days after the start of symptoms, small white spots may form inside the mouth, known as Koplik's spots. A red, flat rash which usually starts on the face and then spreads to the rest of the body typically begins three to five days after the start of symptoms. Symptoms usually develop 10–12 days after exposure to an infected person and last 7–10 days. Complications occur in about 30% and may include diarrhea, blindness, inflamm

ation of the brain, and pneumonia among others. Rubella (German measles) and roseola are different diseases.

Measles is an airborne disease which spreads easily through the coughs and sneezes of those infected. It may also be spread through contact with saliva or nasal secretions.Nine out of ten people who are not immune and share living space with an infected person will catch it. People are infectious to others from four days before to four days after the start of the rash. People usually do not get the disease more than once. Testing for the virus in suspected cases is

The measles vaccine is effective at preventing the disease. Vaccination has resulted in a 75% decrease in deaths from measles between 2000 and 2013 with about 85% of children globally being currently vaccinated. No specific treatment is available. Supportive care may improve outcomes. This may include giving oral rehydration solution (slightly sweet and salty fluids), healthy food, and medications to control the fever. Antibiotics may be used if a secondary bacterial infection such as pneumonia occurs. Vitamin A supplementation is also recommended in the developing world.

Symptoms of measles generally appear within 14 days of exposure to the virus. Symptoms include

A widespread skin rash is a classic sign of measles. This rash can last up to seven days and generally appears within the first three to five days of exposure to the virus. A measles 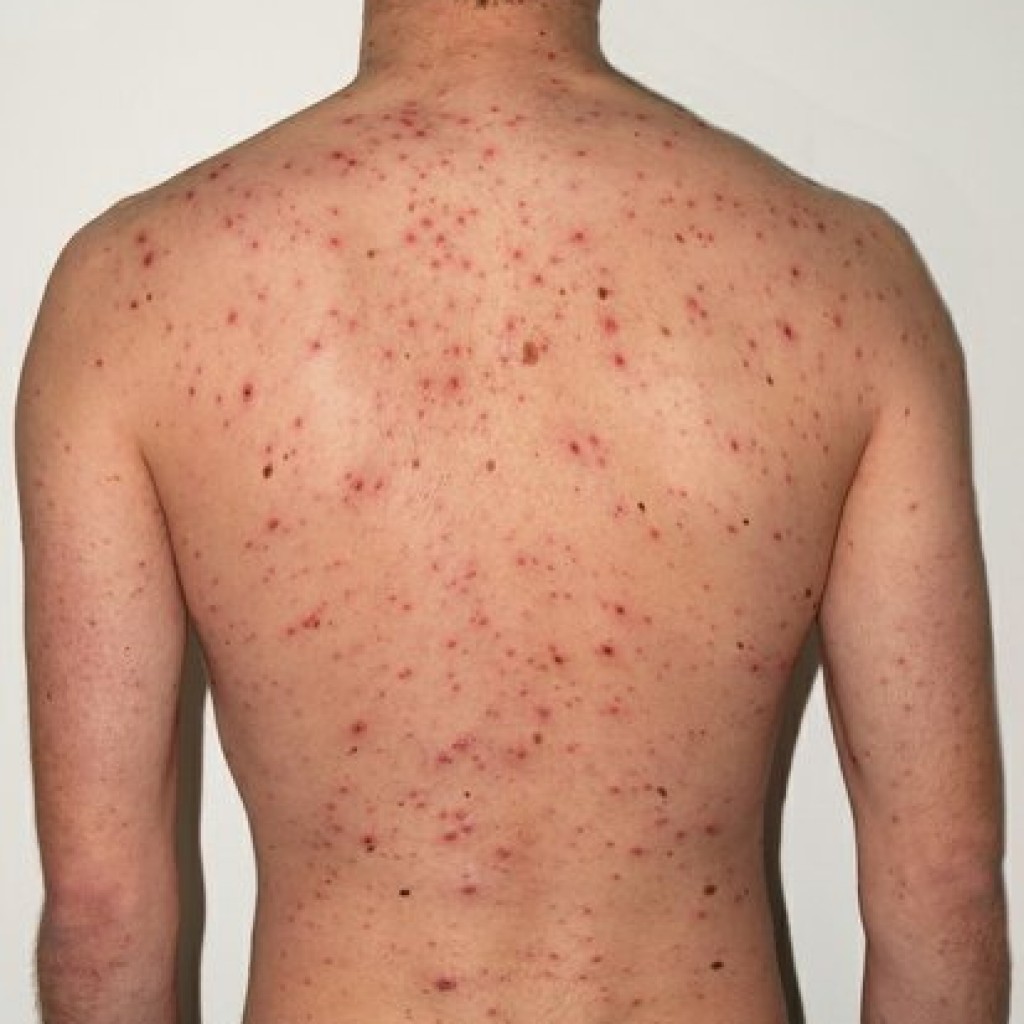 rash, which appears as red, itchy bumps, commonly develops on the head and slowly spreads to other parts of the body. The classic signs and symptoms of measles include four-day fevers (the 4 D's) and the three C's—cough, coryza (head cold, fever, sneezing), and conjunctivitis (red eyes)—along with fever and rashes.Fever is common and typically lasts for about one week; the fever seen with measles is often as high as 40 °C (104 °F). Koplik's spots seen inside the mouth are pathognomonic (diagnostic) for measles, but are temporary and therefore rarely seen.Recognizing these spots before a person reaches their maximum infectiousness can help physicians reduce the spread of the disease.